my sister, rozemarijn, pointed me in the direction of christiaan andriessen, a 19th century amsterdam art teacher, who drew a diary of sorts from 1805 till 1808. the drawings are snapshots accompanied by either a short comment by the author or a quote from one of the people depicted. check out more of his work at the amsterdam city archive. the image below from 17 april 1805 possibly depicts christiaan's mother, ill in bed, having to take her medication. 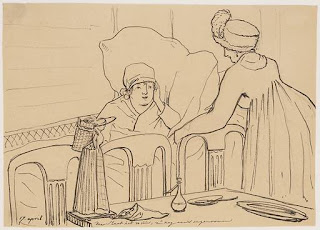 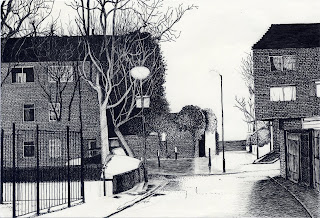 another drawing for my next comic, cowards.
Posted by maartje at 12:15 3 comments:

Email ThisBlogThis!Share to TwitterShare to FacebookShare to Pinterest
Labels: cowards

every year paul gravett organizes 'comica' the london international comics festival which takes place at various locations in london, including the ica and the victoria and albert museum.
i had the pleasure of attending several of the events at the 2006 and 2007 comica seasons, which i thoroughly enjoyed. check out paul's site for more info. 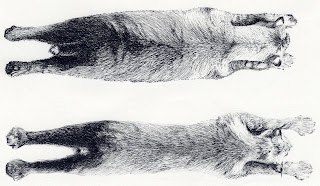 i am still trying to figure out why exactly i believe the story i am working on at the moment is worth telling. it's a story about friendship, love and betrayal, issues familiar to a lot of people; and whether the story has any or not i am forcing some meaning onto it.

image above: possible opening panel for aforementioned story
Posted by maartje at 16:46 No comments:

my friend anna bas backer and her friend paola (whose artwork i was just admiring) started www.chicksoncomics.blogspot.com and invited several other comics artists as well as myself to join.
as i understand it the blog is supposed to be a place dedicated to the discussion of comics in comics form, we take turns in posting 7x5.5 cm comics. my first post for chicks on comics went up 2 weeks ago. check it out.
please note that to preserve the reading order of the discussion posts are put up in the 'wrong' order i.e. the oldest post comes up first, the latest post can be found at the the bottom. so please do scroll down.
Posted by maartje at 21:36 No comments: